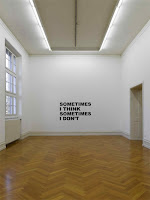 1/ Roy O. Disney arranged to buy the very first ticket to Disneyland, but if you don’t count him, the first person to buy a ticket and enter the gates was David MacPherson. The first two children were Christine Vess and Michael Schwartner. All three of them received lifetime passes to Disneyland which was later upgraded to lifetime passes to any Disney park anywhere in the world.

2/ It was originally going to be called “Mickey Mouse Park”.

3/ Disneyland has had three unscheduled closures since it opened 53 years ago – when JFK was assassinated, when some Vietnam protesters took over Tom Sawyer’s Island, and the day after 9/11.