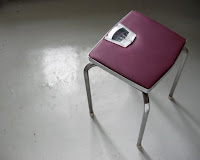 an interesting article in Business Week.

I do expect anyone who works in PR to know things like:

– The names of most government departments and the cabinet minister in charge
– The main characters and storylines from at least some of Shakespeare’s plays –
– The names of the ‘top’ six or seven PMs/presidents from around the world
– Key events from UK and world history
– The main characters and storylines from some of the classic British novels (from having read them, not watched the film or TV adaptation)
– Know who some of the world’s great thinkers are and their works from philosophy, economics, politics, sociology etc
– The locations and little bit about most UK cities
– The titles and/or authors of some current ‘hot’ books that are helping to shape society and business – and hopefully to have read some of them, for fun/interest, and not because you’ve tasked with it
– The capitals of most European countries and major countries around the world
– The names of some of the world’s ‘great’ newspapers in major countries.